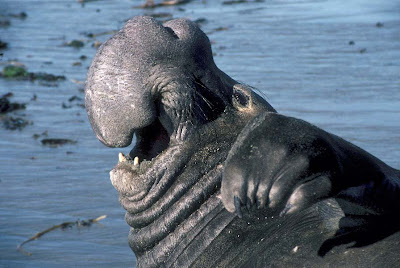 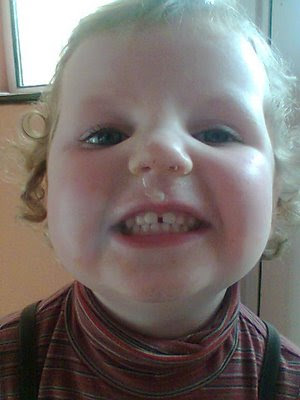 We are told now that we must all sacrifice for the good of the country and for the good of the economy. Families of people with disabilities are no strangers to sacrifice. It is a cruel truth that when others are been told to tighten their belts following the excesses of the Celtic Tiger, we had never even gotten around to loosening ours.

Apparently families of people with disabilities are now going to have to put our shoulders to the wheel and steer the ship of state off the rocks onto which this Government and its friends in the building and banking industry have so incompetently driven us.

But at a time when Government is asking taxpayers to increase their contributions through levies and taxes, taxpayers are entitled to ask how will that money be spent? Attacking the rights of children with Special Educational Needs in the courts or resourcing services for some of our most vulnerable citizens?

We are urged to answer a patriotic call by mother Ireland to save the nation from economic ruin. The patriots now running the country have decided that it is the most vulnerable who must suffer first, to serve as an example to be followed by the millionaire builders and bankers at some future (though unspecified) date. Children with Special Educational Needs must now do without Special Education classes and must manage as best they can in the survival of the fittest model proposed by the Minister. Newcomer children must do without the language support teachers that would give them a fair chance at benefiting fully from the education provided in our schools. Traveller children must now struggle on with reduced supports from the State. All children with Special Educational Needs, whether in Special Schools or in mainstream schools now face savage cuts in SNA allocations.

All so that bandit Bankers and failed Financial Regulators can enjoy Golden Parachutes. Is this fair?

During the few short years when our pleas for help for our children were drowned out by the roar of the recently deceased Celtic Tiger, the Government introduced two pernicious pieces of legistlation - the EPSEN Act 2004 and the Disability Act 2005.

Both Acts were littered with all manner of pie in the sky promises and both lacked the same crucial element to make sure they could deliver on the aspirations. Rights. Both Acts are intentionally qualified at every turn with “resources allowing” clauses to allow the State to evade its responsibilities to our children.

The EPSEN Act established an alphabet soup of front organisations whose sole purpose was to provide political cover to the Minister of the day to be able to point the finger at some 'independant' body should an unpleasant decision have to be taken. The supposedly independant NCSE can be called on by a Minister to report on Special Education provision but the Minister still forgets to wait for the report before commencing his scorched earth campaign against children with Special Educational Needs.

Most parents in this room have probably already had to endure the cold face of EPSEN, in the form of SENOs – more bureaucracy at more expense whose sole purpose is to Say No.

The Disability Act of 2005 was rejected by virtually every parents group, every voluntary body, every advocacy group in the country as failing to provide for rights for people with disabilities. It was forced through the Dáil in the face of such opposition . So much for consulting the stakeholders.

These Acts are the sledgehammers the Government will wield to crush whatever small advances we have managed to secure for our children in the last few years and should be immediately repealed and replaced with rights based legislation.

Education is a right.

Education is a right. It seems peculiar to have to say this given that it is recognised by the Irish Constitution of 1937 as such. The Universal Declaration of Human Rights 1948 also declares that “everyone has a right to education”. Futhermore Donogh O'Malley in the 1960's declared the secondary level education would be provided free of charge to all Irish Citizens.

We as a people have always appreciated the value of Education. It is a given that investment in children's education always pays for itself in the long run. Sadly, from our perspective, this self evident truth has never applied to children with disabilities. For decades now, the State has shamefully fought families through the courts to deny to our children the opportunities other children can take for granted.

Sometimes the parents have won, as in the O'Donoghue and Sinnott cases, and every victory represents a small step forward for us all. Other families are not so fortunate, but those of us who have been on the wrong end of court decisions draw strength from those who have gone before and resolve to repay the debt we owe them, by ensuring that the challenges faced by those who will come after us be easier to bear.

It has been a long struggle and will be longer yet, but if we all stand together and speak with a united voice, we can make government listen to the anger, frustration and sense of betrayal that parents of children with Special Educational Needs feel. People gave their lives that we might enjoy the freedom to provide for our children in accordance with their needs. This Government is betraying on that sacrifice with this shameful assault on the weakest.

Let's rediscover a practical patriotism, which sees the promise to cherish all the children of the nation equally as a sacred duty and not just an empty soundbite.